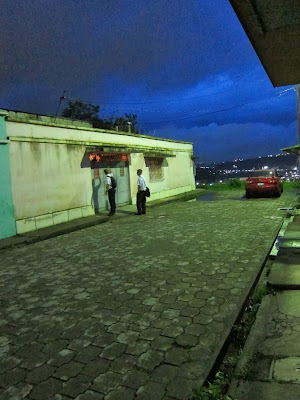 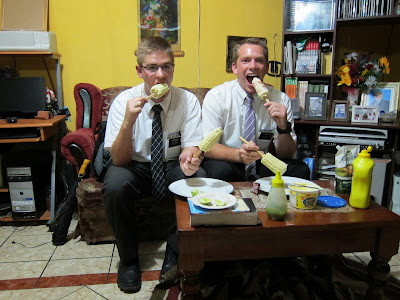 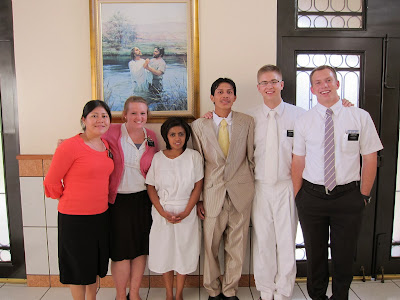 How is everyone doing? Big news this week with little Jack. That's so crazy and exciting honestly. That is something really cool to look forward to. Two thirty is not the most favorable hour of the night to have a baby, ask Dayoung what she was thinking? First timer, I guess you always have  to leave room for rookie mistakes.

Something really sad happened this week. The same day that Jack was born actually. It was kind of strange and bittersweet. Obviously the sweet part was that Jack was born and that I was getting a steady stream of emailed photos all day. But the bitter part was we got a call from the bishop and we went to go and visit a lady in our ward that night. She is a single parent and she has a daughter who is two and a three month old son. She lives with her dad but he is the only support she has really. But we get over there and start visiting with her and she tells us all that her baby had been sick for a little while and so she took him to the hospital. They found out that her son's heart is like three or four times too big for him and that it's about as worn out from overworking as an old mans heart would be. It was so sad seeing this lady like that and thinking about Jack. I can't really even imagine what something like that would feel like. They are going to see if there are any doctors in the Capital that could do some kind of surgery, but since it is highly unlikely tons of the ward members are looking into seeing if there is a way for them to get him up to the states and get him an operation. That would be amazing, especially since this family is not going to be able to pay for it, but there are plenty of members in our ward who are sufficiently capable of helping out with the necessary. There are some crazy rich members of our ward.

There was a baptism this week. It did not technically count for my companion and me.  There are sister missionaries in the ward too, but it wasn't really their baptism either. The lady just showed up to church one day and was totally ready to get baptized. The sisters taught her a few lessons and she got baptized. We were able to help out too though with teaching her, and so that was cool. She even asked me to baptize her. The lady got married to her husband and then we had the baptism right afterwards. Her husband is also investigating the church now and hopefully he will get baptized soon also. The guy who did the wedding killed us though. He is a member and it was the same guy who married the family I baptized a while back. He just kept taking low blows at the US and I have no idea why. He was talking forever about how bad the culture is in the US because when women get married they drop their last name, and here they don't do that, they just have a bazillion last names. And then he at the end right before the he announced them husband and wife he said, ¨That your marriage doesn't tumble and burn like the Twin Towers in the US.¨ My comp and I just exchanged glances like...did he really just say that? One of the sisters in the ward is American too and she was literally looking at the guy with her mouth open. The best part though, was like halfway through his phone rings, remember all of this I am talking about the lawyer who is marrying these people, and he answers it. He seriously answered his phone and was yelling at the person calling, ¨NO, I'm almost done. I'll be right out. Yeah, I am leaving right now!¨Totally yelling. Couldn't believe it the guy answered his phone in the middle of a wedding ceremony. So classy.

We found a few new investigators this week and we're hoping that with General Conference coming up that will help us seal some deals on some baptisms. Our area has been kind of tough. We had this one lady that was really progressing and then she just dropped off the face of the map. We had passed by her house like every single day and nothing. We could see lights in the window so it looked like they would be home, but they never ever answered. We were standing there one day and the same story, nothing. But my companion was looking at the door and he noticed there was a tiny little hole drilled about knee level in the door. He was just saying maybe that's how they had seen it was us, since its a giant wood door with no peephole or windows around, but I totally wasn't buying it. But the next day we went back and the whole was filled up with a little piece of paper or something. So we rant the doorbell and just stared at the whole. And sure enough, the little piece of paper got taken out and we looked right at the lady through the little hole. She still didn't answer the door either! We were amazed. Seriously though, we totally caught this lady and she STILL wouldn't answer the door to tell us not to come back that she didn't want to talk to us. Crazy what some people will do to avoid the missionaries. We were laughing for quite a while though that this lady would still not open the door even though we totally caught her. Tricksy hobbits.

That's about all for this week though. It was pretty eventful. I love you all and hope all is well. Introduce flat Adam to Jack for me so he isn't scared of me when I get home.

Adam
Posted by Adam Morrow at 9:35 AM