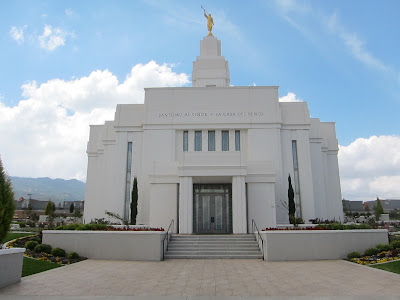 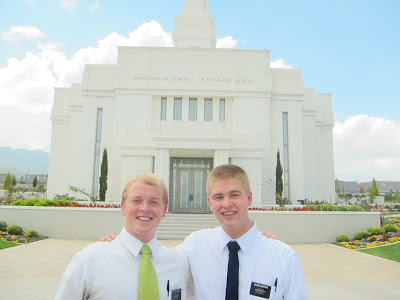 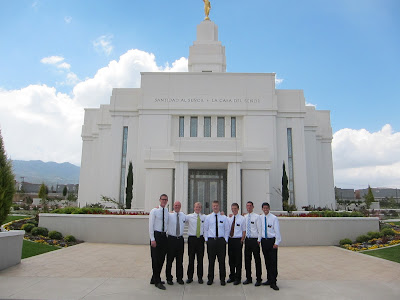 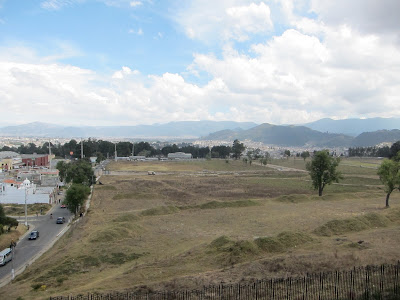 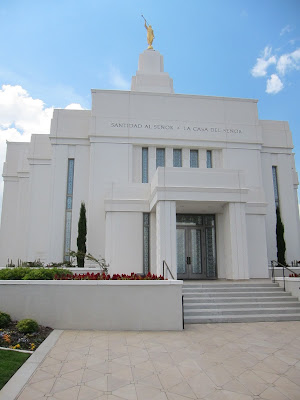 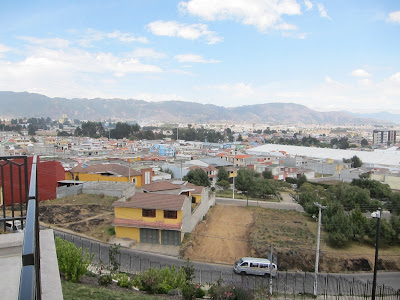 Sorry I haven’t gotten any packages yet, and I didn’t make it to Xela this Pday, we went up to Toto and spent a little too much time playing basketball and so it will have to wait till next week. But for sure by next week it will have arrived. Sorry Grams. Also I did reply to her email and responded to all the things she had asked me...so you might have to check on that because I definitely remember sending her back an email.

The zone is doing all right. Its kind of hard because we have such a big zone, but nobody is really baptizing. My comp and I put a date with this guy for the 30th but we're kind of nervous because he didn’t go to church this week and the 30th is Saturday of Glory here for Holy Week. That is literally bigger than Christmas here in this country; people go absolutely nuts about it. It's not even Holy Week yet and all the processions and carry of the cross and everything has already begun. Its kind of a pain because every night we have to walk around the streets where they have the processions because we don’t want to offend anyone or end up being crucified.

A few cool things this week. First of all, we worked with President Bautista and the stake president on Wednesday, it was sweet. We ended up setting a baptismal date with our investigator this day. I was so happy he was there for that ha-ha. I don’t want them to think were slackers or anything. But we were stressing this day quite a bit, but it was awesome. And the next day about half of the missions had interviews with President. They were doing them as a group for a training kind of thing, not a one on one interview. But some of the things he talked about were things my comp and I had done that night before and how that helped us have a good lesson and set a date. I was kind embarrassed and excited at the same time ha-ha.

Something funny about my comp again this week. I think it was Friday night, but it was about three in the morning and while in bed I feel something get on my bed. The head of my bed is in the corner of the wall in the room where we sleep, and my head is at the foot of my comps bed. So I wake up because I feel the bed move and I am staring at the wall. I roll over and I am looking at my comps feet. He was standing inches away from my head. Needless to say I kind of freak out a little bit and yell at him asking what he is doing. He then just kind of leans over me and puts both his hands on the wall and in this super irritated voice says to me, ¨Elder, relax. Spirit Paradise. ¨ I was just laying there just super confused and then it kind of dawned on me that he was sleep walking ha-ha. I was still kind of freaked out, groggy and a little angry at my comp though so I keep yelling at him telling him to get off my bed.  He just steps down and says ¨Hey, relax. I don’t know why you’re so angry, I was just doing what you told me to do.¨  And then falls three quarters of the way back onto his bed and falls back asleep. I have no idea what kind of dreams he was dreaming buuuut, so weird.

Also like an hour later he got up again and was just standing in our bedroom, but it woke me up again. I ask him what he was doing. (In a kind of angry voice) He responds to me in an equally angry tone that he was going to the bathroom. So he walks out of the room and into the bathroom, throws the toilet seat up, and just stands there. He didn’t go to the bathroom or anything, just stood there for a second and then came back into the bedroom and fell into his bed again. It was just funny though because my comp is just such a quiet easygoing guy, he never ever gets mad at anything. But now I know he sleepwalks. I'll have to be sure I lock the door every night, don’t want him wandering out some night ha-ha.

The other cool thing that happened this week, we finally went to the temple! Finally! I hadn’t been to the temple since two Januarys ago in the CCM. Way way way too long. The temple of Xela was seriously insanely nice, and all of the temple workers that day were from Baul, so I saw a ton of people that I love from that ward. It was so great though. You kind of forget how nice it is when you don’t get to go for so long. They sent us with our whole group too, so when I went through I got to go with all my old buddies from the mtc and stuff. It was pretty sweet. Although, now I am a little afraid that the next time I will be able to go will be when I am going home...that’s still a while.

Anyways, I will be sure and to attach some photos.
Love you guys, have a good week.