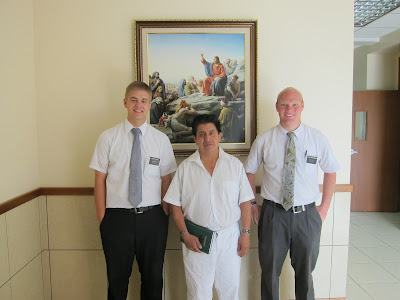 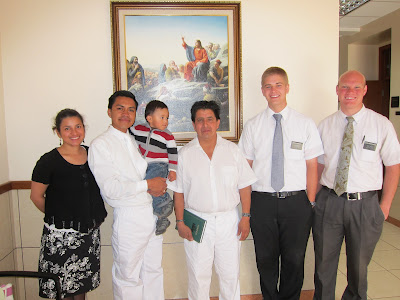 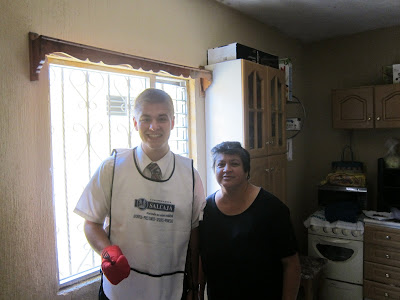 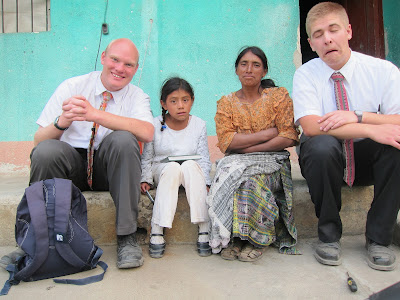 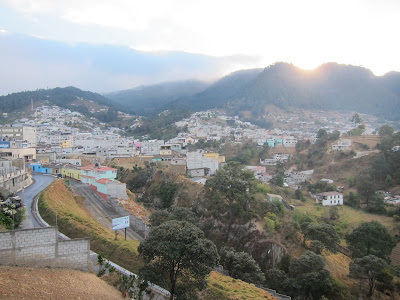 This week I was in divisions in Toto too, really pretty sunrise. Toto is just built in the mountains, its really really pretty

I hadn’t heard anything about them opening a new mission here in Guate. Its called Coban the city? That would be really really cool though if they did that. Coban is in the North Mission but they would probably take a big chunk out of my mission. The only thing is that the part they would be taking out doesn’t have any of the mission there. The mission here land wise, only about a third of it has missionaries, but in that third part where we all are, is the only place where the church is. The other parts there aren’t any members or branches or anything. It’s all really spread out and the cities are all small. Coban is pretty crazy though if that is going to be the head city of the mission. There they only speak Queckchikel or something crazy like that. The missionaries they send to those areas are assigned there for like 9 or 10 months and have to learn to speak the language because the people don’t speak Spanish well. It’s also notorious for being super poor. It would make for an interesting mission that is for sure. Probably wont affect the missionaries here though. They just split our mission with the Rheu mission not even three years ago and we are the smallest of all the missions here in Guate right now. And Mission North is the biggest. We just googled it and found a Mormon newsroom thing that says they are going to open 58 new mission. =0. Even still though, that’s some pretty cool news.

Also I didn’t really have time to write last week. That’s super cool that Dan is going to Uruguay on his mission. That’s where my Mission President served when he was a missionary. Also a change ago there was a sister missionary here in the zone that was from Uruguay. She talked so funny haha. They speak a lot like the people from Argentina, like they sing everything and everything is with the sh sounds. Like whenever she would talk to my old comp she couldn’t say Chicas, she would always say Sheekas. Always just kind of made me laugh.

This week was good. We did have another baptism on Saturday. I was super relieved; it’s really stressful sometimes. You just kind of panic and hope nothing bad happens so the date doesn’t fall, but it was actually really good. I played the guitar and my comp and I sang "There is a green hill far away". That was really good too, I got it on video but I don’t have enough time to upload that today.

Yesterday something kind of funny happened too. We were out in that area that is really poor and really far from San Cris yesterday in the afternoon, and we usually get around in these micro bus things, but sometimes they only come around every half hour or hour, and we had an appointment coming up in about half an hour, so after waiting a while we decided the best option was to hitch-hike haha. I just thumbed up a beater pick up that passed us on the road and he pulled over and was like get in. Haha, maybe not the best idea. I have hitchhiked in Guate but it worked out great. We told him to drop us off in this area that would have left us like 20 minutes away if we were walking from where our appointment was. But when we were going on the highway there was a police checkpoint like 100 yards up ahead of us and the guy just pulls over and gets on this dirt road in the middle of nowhere. He just stops and yells to us, because we were in the bed, that he didn’t have a license so he couldn’t drive through the checkpoint but that he knew a shortcut. He took us so far out in the middle of corte-landia I almost felt like I was at home driving through the rez again haha. Like all the people were looking at us weird and yelling "gringos" as we passed through this crazy dirt road. The guy felt bad about having to take the detour and ended up dropping us off in front of the house where we had our lesson at haha. It was like a free rez taxi.

We also taught some members this week how to make BLTs and no bake cookies. Hence the photo with the apron, I cooked bacon for the first time in over a year. Mmmm bacon. I also got my black ecos resoled this week. It's like I have two new pairs of shoes right now. I should easily make it now with shoes. They just had the sole on one of the shoes was really really cracked, but the tops still look really good, just need lots of polish pretty much every day, its super hot and dusty this time of year. Anyways, I hope everything is good there. I can’t believe Liv is driving now. That’s kind of a strange thought.
I love you guys, have a great week.
Adam
Posted by Adam Morrow at 5:13 PM