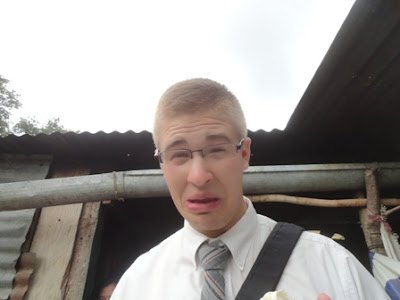 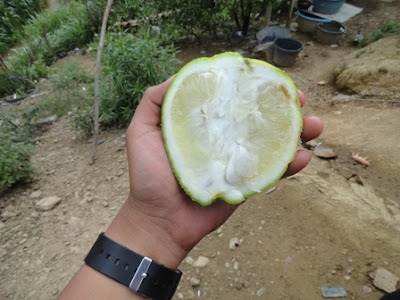 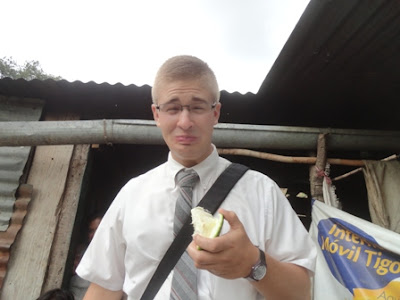 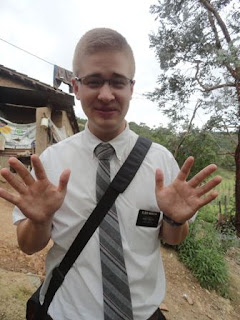 This was a huge sour lemon a member made us eat

I think something was wrong with my email last week because I had a bunch of return emails that were failed but that were resent and stuff like that. I wrote everything on Monday but yeah, Guatemalan Internet isn’t the most reliable in the world I guess.

Things are all right here. The fair is in town this week and last week so it’s been pretty dead in our area. Our area includes the center of the city and it’s been quite the party there these last few days. They had some big parades and everything so our area was looking a little ghost towny. Also we had probably the biggest rainstorm I have ever seen in my life on Saturday. I couldn’t believe how hard it was raining. We were on our way to an appointment when it started to rain, and the people that we were supposed to go visit live in this apartment kind of complex. When we walked back to their house, I broke a light bulb outside of their neighbors house with my umbrella (the roofs are really low here). Since our appointment wasn’t home, we went and bought them a new light bulb. While we were walking to a store to buy a new light bulb is when it really started to rain. We were walking down the street and the rain and wind were going so hard my companion and I both had our umbrellas pretty much straight in front of us instead of above us, and then, my umbrella just breaks in half about a block from the house. We run back to the house, I grab my raincoat, and we run back to this house to change out the light bulb. By the time we do that, it was raining so hard that the roads were all at least 6 inches deep in rainwater. We tried heading home but the sidewalks were all covered with water so we ducked under a little cover and we were hoping it would pass. A man close by was standing in his garage and yelled at us to come in so that we wouldn’t get wet. So we ran over to the garage. We talked to him for about half an hour when we realized the rain wasn’t going to get any better, just worse, and that we just had to face it and walk home. The water literally almost was up to my knees and we had to walk home a couple blocks. We were just laughing by the time we got home because we were soaked. When I got home and took my boots off it was like in the cartoons when they turn their shoes over and pour all the water out. Like I said, I have never seen so much water in my life. 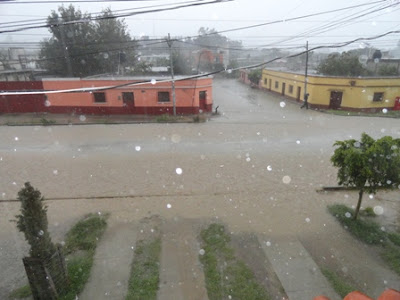 We were lucky though that we live on the second floor of a house so no water entered into our house. Another funny thing that happened this week, is we met this really cool investigator whose name is Mefì, which sounded exactly like Nephi. I was so happy ha-ha, we contacted him and I asked him like 5 times what his name was because I thought he was messing with us.  It wasn’t until after that my comp cleared it up for me that he was saying Mefi and not Nephi. Either way, it would have been cool to have an investigator with a Nephite name.

Anyways, I love you all have a good week.
Adam 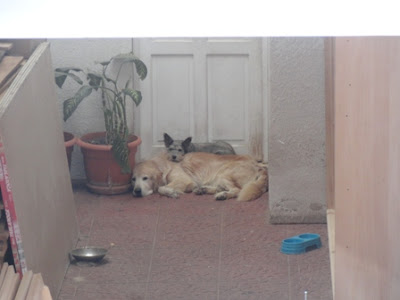 The owner of our house`s dogs.