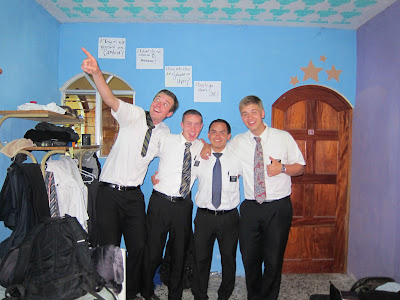 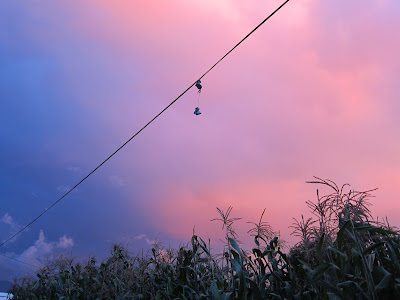 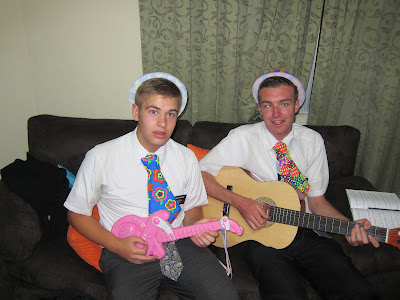 Hey moms,
Buckle up, big surprise. I have changes. Yeah my comp is going to train, and all the ap´s would tell me is that I have changes ¨for a reason, and that I am going far.¨ Uhhhh. That scares me. I feel like they are going to send me to open up a really hard area or something since I know how to open since I have done it twice. Or that I am going to be with a really tough comp or something. I couldn’t really believe it. I am not mad or frustrated it's just like, dang, its hard to really get anything going in an area when I am only there for 3 weeks. Hopefully I will spend a little more time here in this area. Tomorrow morning I have changes and will figure it out where and with whom, so you will have to wait until next week to get the update. There is a kid in my zone right now, he just got done getting trained, he is going to train, and he has changes. So his first time as senior comp he has to train and open an area. I feel sooo bad for the kid ha-ha. That would be the only thing worse than having 4 areas in 7 weeks like me, or not, they both suck.

For news this week; I got sick. Sick sick sick. It was crazy, I won't go into details because trust me you do not want to know ha-ha. But after about a day and a half in bed I was back to being brand new. A lady in our ward gave us these things called "paches", they are like these giant wet tamales that are super gross. But she fed us those and it destroyed me.

Then on Saturday, I uploaded this video to youtube, because I feel like if you didn’t see the video you really wouldn’t believe what happened. We went at 5 in the morning to help a less active member kill, skin, and gut his pig. It's what he does for work and so he invited us to help him as service ha-ha. It was the craziest thing I have ever done in my life, we had to say yes just for the experience, like you cannot say no to an opportunity like that. I will warn you though, if you get a little woozy with gore, don’t watch. Make Alex watch though. I wasn’t fazed by it at all, maybe I should be a surgeon... but seriously, coolest thing I have ever done. We literally went from watching Wilbur run around his pen, to being hogtied, to being ready to cook as bacon. Watch the video though, you probably will be grossed out, but yeah, this is missionary work in Guate ha-ha.
http://www.youtube.com/watch?v=3dgSNwzUoMs&feature=plcp

I always feel that it is a little crazy too that Liv is only 15, I for sure thought she was older, but she does act and look a lot older than 15, but hey, she did have the best example in the world growing up so that had to attribute a little bit, right?  Also this whole chipper Jones thing. Sorry, but I think a little bit of my soul died when I read all that. I think I probably would have been a little better off not knowing that...I am so jealous. Not fair. We are going to Canada when I get home, there are no mountains in England, why would I want to go on a vacation to a place I cant go skiing? Can you even count it as a vacation if you don’t go skiing? Not in my book.

We were in Xela on Friday because my comp had some training for training and we were just walking around with some other elders, and on all the TVs it was showing the opening ceremonies in England. It's so weird that the world is just happening out there, idk I just don’t really feel like anything is happening anywhere since nothing happens here. Such a strange thought. Other than that though, just same old same old. Tell Dayoung happy birthday for me!
Love you guys, talk to you next week.
Adam
Posted by Adam Morrow at 2:54 PM