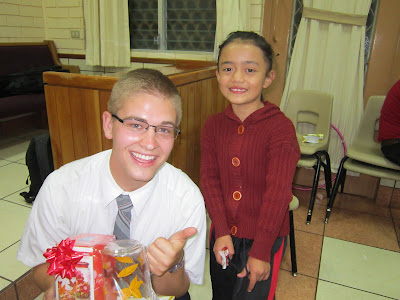 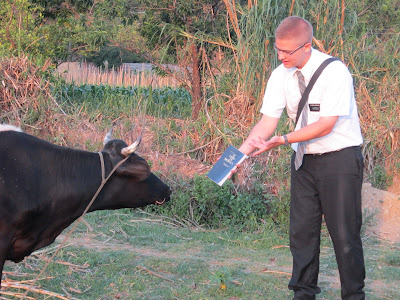 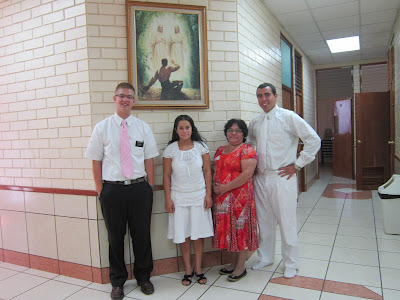 
So they advised us on the changes last night. I am staying here but my comp is out. They told us he was going to open up a new area and then eventually train, but we dont know where. I am going to zonie train again (3rd time) and then I imagine I will be going down sometime soon also. Zonies are usually up for a 5 or 6 months and then they go down, and I am working on seven months now of being a zonie.

This week was seriously crazy hectic. They are going to open two new areas in the zone so we spent pretty much all the mornings this week going around and house hunting. I dont know why that is so hard in this country really. There are lots of empty places that people dont live in. Its just they make it hard because they don't post anything anywhere unless you're really lucky and someone prints out one sheet of white paper that says house for rent on it. Other than that though it's just like knocking doors, but instead of offering people salvation you just ask them if they know anyone who is renting a house nearby. I am not even kidding though we probably spent close to ten hours this week looking for houses.
We also had two sleep overs this week. One of the zone leaders that is in the one zone farther away from xela then my zone is going to train, so they came down the Huehue the night before the trainers meeting so they could make it to the meeting the next day on time. And then the next night we had two more elders who were coming back from Xela and couldnt get a bus to their area that night so they stayed with us. That's always kind of fun when you get to hang out with a few people. I thought the mission would be a lot more like the best two years movie where they all live in the same apartment. Sadly in my mission it's not like that. Nobody is allowed to live more than one companionship per house.

The rainy season seems to have set in nicely now also. It really cooled down this week. It has just been drizzling all day so the clouds keep the sun out. It's around 70 and drizzly right now. Way better than 100 and something degrees that's for sure.

Hopefully when we go down for the changes I can pick up my packages. I am dying for a good package, plus Grandma said she sent me a BYU tie. : ) Other than that though, nothing much is new here. Next week I will be able to fill you in on the new companion and everything.